Armenian Apostolic Church Celebrates the Feast of St. Gregory the Illuminator’s Deliverance from the Pit 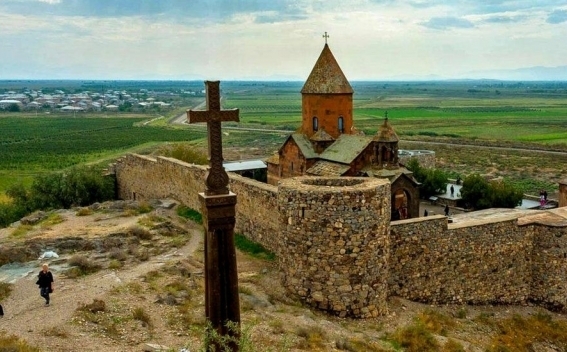 In the year 301 AD, the deliverance of St. Gregory the Illuminator from the pit, was the catalyst that began the “Great Conversion” of Armenia from the darkness of paganism to the Light of Christianity.

Following the martyrdom of the Christian nuns, led by St. Hripsime and St. Gayane, upon the order of the Armenian pagan King Tiridates, the ruler becomes seriously ill. The sister of the king, Khosrovidoukht, has a dream where it is revealed to her that the only remedy for the king’s condition is to free St. Gregory, still imprisoned in the dungeon, and that he alone could cure the malady. Thirteen years following his imprisonment in the “deep pit” of Artashat, the royal court submits to the request of Khosrovidoukht and frees the Christian Gregory. With the intercession of Gregory’s prayers, the king recovers, Gregory becomes the patron saint of the Armenian Church, and Tiridates, and his wife - Queen Ashkhen, become ardent supporters in Gregory’s efforts to preach Christianity throughout Armenia, and baptize the Armenian nation.

Pagan temples and statues are destroyed in Armenia, and replaced with Dominical Crosses in their locations. Christianity is proclaimed by the King and the Catholicos to be the state religion of Armenia, the first nation in the world to do so. St. Gregory is sent to Caesarea, where he is consecrated as the first Pontiff of the Armenian Church, and becomes the first Catholicos of All Armenians.

The feast of St. Gregory the Illuminator’s Deliverance from the Pit is one of the greatest of the Armenian Church. A solemn Divine Liturgy is celebrated in all Armenian Churches on this day, Qahana.am writes.