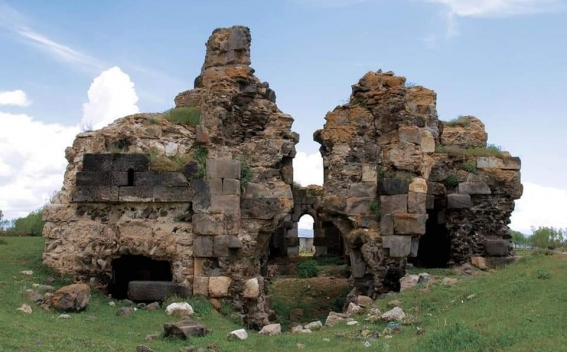 The ancient Armenian church of Archesh has emerged as a result of water level decrease in Lake Van, Public Radio of Armenia reports, referring to Agos reports.

The church is part of the city of Old Archesh, which went underwater in 1841, when the water level of Lake Van rose. However, as a result of the drought, the sunken city surfaced when the waters retreated.

''And now, unfortunately, it is being destroyed by the excavations of treasure hunters. If no precautions are taken, another historical legacy will disappear,'' scholar Sedat Ulugana writes in Agos.

The author notes that until today, everyone has been speaking about the structures inside the castle of Old Archesh and the historical mosque, but the church has never been mentioned.