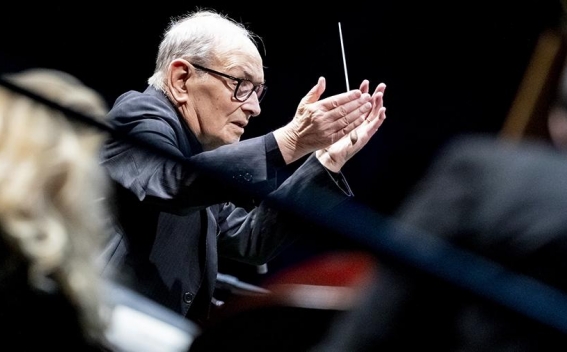 Famous Italian composer Ennio Morricone, the author of musical scores to over 500 movies and TV series, died at 91, the ANSA agency reported on Monday.

According to the agency, the composer has passed away at a hospital in Rome where he was hospitalized after the fall. In the past years, he was experiencing serious back problems and was receiving treatment for it.

Morricone, who took up conducting over 10 years ago as well, was one of the most sought-after composers in world cinema. Over 60 movies with his soundtracks received various awards. The composer himself won two Oscars. He visited Russia with concerts numerous times.

Morricone was born on November 10, 1928 in Rome. His father was a professional musician and played the trumpet in a jazz band, his mother was a homemaker. Ennio was the eldest of five children. His first real success came after his partnership with the director Sergio Leone whose westerns were accompanied by Morricone’s music.

Over the course of his long career Morricone worked with many Italian and foreign film directors. He composed the soundtracks to such iconic films as Sergio Leone’s Once Upon a Time in America (1984), The Untouchables by Brian De Palma (1987), Giuseppe Tornatore’s Nuovo Cinema Paradiso (1988), Le Professionnel by Georges Lautner (1981), as well as to several seasons of La Piovra TV series.

He also worked with Russian directors. For instance, he composed the soundtrack for Vladimir Khotinenko’s 2004 movie 72 Meters about the submarine accident.