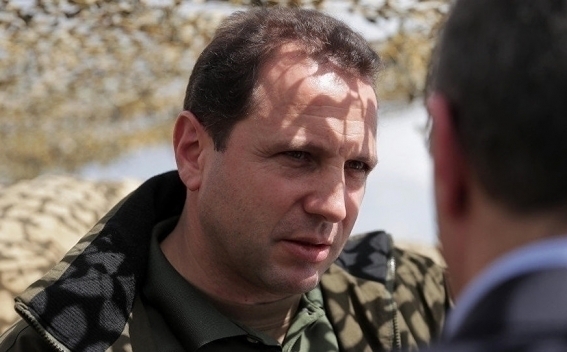 Minister of Defense of Armenia David Tonoyan briefed the Personal Representative of the OSCE Chairman-in-Office, Ambassador Andrzej Kasprzyk on the actions unleashed by Azerbaijan in the direction of Tavush Province of Armenia. As "Armenpress" reports, the spokesperson of the Minister of Defense Shushan Stepanyan wrote about this on her "Facebook" page.

"Armenian Defense Minister David Tonoyan is in constant contact with the Personal Representative of the OSCE Chairman-in-Office, Ambassador Andrzej Kasprzyk. During the last conversation, the Minister of Defense informed that the personnel and command of the Armenian army are instructed to remain restrained for the time being, and in case of provocations of the adversary on the Armenian borders, to respond as needed, even to take hold over new favorable positions," Stepanyan wrote.

On July 12, the servicemen of the Azerbaijani armed forces made an attempt to violate the Armenian state border in an UAZ vehicle in the direction of Tavush Province at about 12:30.

Azerbaijani MOD informed, that as a result of the incident on the Armenian-Azerbaijani border 3 Azerbaijani servicemen have died and 5 have been injured. Later, Azerbaijan restarted shelling towards the same combat position with 82 mm mortars and a tank.