Trump Says Will Talk to Russia about Belarus 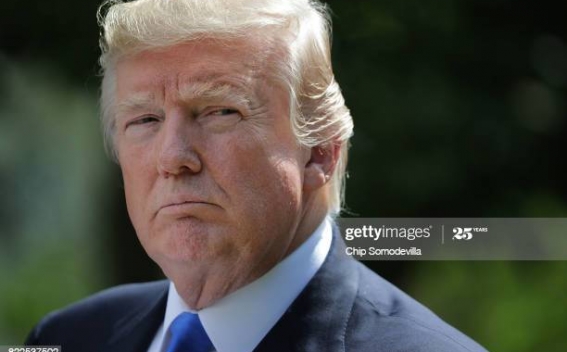 U.S. President Donald Trump on Tuesday said he would talk to Russia ''at the appropriate time'' in the wake of protests against Belarus’ leader Alexander Lukashenko that Trump said appeared mostly peaceful, Reuters reports.

Trump, speaking at an unrelated event at the White House, added there did not seem to be too much democracy in Belarus, which has seen a wave of protests sparked by the former Soviet republic’s election 10 days ago that opponents say was stolen.

''I like seeing democracy,'' he told reporters. ''It doesn’t seem like it’s too much democracy there in Belarus.''

''It’s certainly a very big march, and it seems to be a peaceful march,'' he added.

Trump gave no other details about when he would hold talks with Moscow, adding that he would also speak to other people.