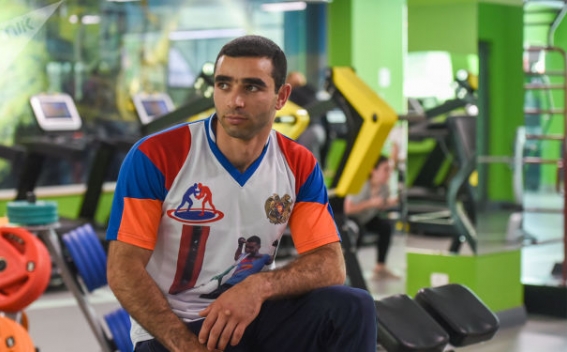 Yuri Sakunts, who is an Armenian athlete involved in power triathlon masterling and hand-to-hand combat, world champion and has set a record in the Guinness Book of Records, set two new records at the statue of Warrior Andranik near Komitas Pantheon in Yerevan today.

Sakunts performed the leaning-folding exercise with plates ten times, exceeding other athletes who have already set a record with that exercise. After that, he ripped 10 boxes of playing cards with his hands in his back.

Later, the athlete set another record that he hadn’t planned, leaning and folding 11 times on three bottles (another record-setting athlete had done this twice in the past).