Latvia to Impose Entry Ban on Some 30 Belarusian Officials 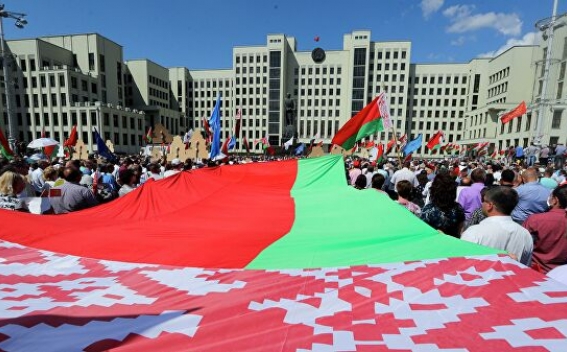 Foreign Minister Edgars Rinkevics (New Unity) said that Latvia will impose the entry ban on some 30 Belarusian officials that are clearly responsible for rigging Belarus' recent presidential elections and violence against peaceful protesters.

In Rinkevics' words, the sanctions will basically target approximately 30 officials working at Belarusian President Alexander Lukashenko's office, the Central Election Commission, the Interior Ministry and the Security Committee. Rinkevics declined to comment whether the entry ban will also apply to Lukashenko,

The Latvian minister said that the government has not imposed financial sanctions, for instance, but opted for the entry ban as the decision has been coordinated with Lithuania and Estonia. The Baltic states' sanctions are not substituting the sanctions that are being readied by the European Union (EU), Rinkevics stressed.

"Our goal is EU sanctions. The government's decision therefore is based not on the national sanctions law but on the immigration law. We are taking this path to send a clear signal that we do not want to see a number of officials in our country and thus also urging the EU to work faster. We do not want to undermine the unity of the EU in taking such decisions by introducing precise sanctions," said Rinkevics.

Rinkevics would not yet specify which Belarusian officials will be denied entry into Latvia, but said that the Latvian and Estonian foreign ministers would announce the sanctions list this Thursday, August 27.

Belarus has been engulfed in mass protests since Alexander Lukashenko declared victory in the August 9 presidential election with 80 percent of the vote. The opposition has dismissed the result as rigged.

Thousands of people were arrested, hundreds injured in a police crackdown on protesters. Some detainees said they had been tortured in jail. Workers of many state-owned companies went on strike.

EU member states have not recognized results of the elections.