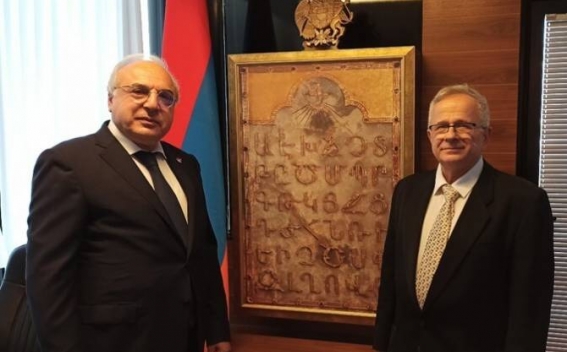 Armenian Ambassador to Israel Armen Smbatyan emphasized in his remarks that the inauguration of the building is taking place ahead of a meaningful day -  Rosh Hashanah, the Jewish New Year.

In his speech, Ambassador Smbatyan congratulated all citizens of Israel on Rosh Hashanah, wishing peace and prosperity to the State of Israel, and health and successes to the residents of the country, according to Vesty Israel News.

Itzhak Carmel Kagan, the head of the Israeli foreign ministry’s Eurasia 2 department, congratulated on the opening of the embassy and emphasized that the development of the Armenian-Israeli relations is an important process.