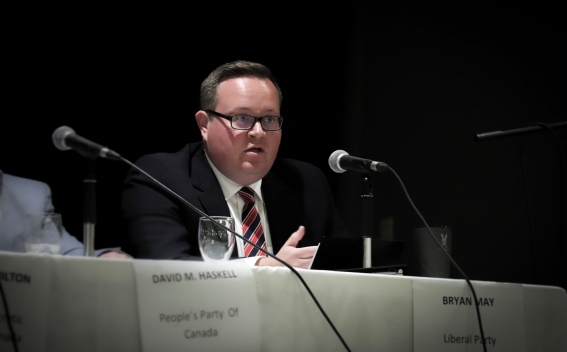 Member of Parliament of Canada, Chairman of the Canada-Armenia Parliamentary Friendship Group Bryan May has published the official statement of the Group about the Azerbaijani aggression against Artsakh on Facebook, Armenpress reports.

“I regret that you are reading this during such a difficult time with the recent news of fighting between Armenia and Azerbaijan.

On behalf of the Canada – Armenia Parliamentary Friendship Group I condemn the recent aggression by Azerbaijan against the Armenian people in Nagorno Karabakh. With an increasing death toll, more than a hundred wounded, and damage to populated cities and civilian infrastructure, this fighting must cease immediately.

The Canada-Armenia Parliamentary Friendship Group, along with the rest of the world, is watching this violence with concern and shock. At all times, the Canadian government, along with governments around the world, have called for the end of hostilities and the continued protection of the local civilian population. We must all work to protect civilians from military strikes and ensure that children, in particular, are not the victims of military actions.

Today’s reports from the region are disturbing. The indications that artillery, armour, and aircraft were all directly involved in the fighting, along with the recent declarations of martial law, speak to the seriousness of this fighting. All efforts must be taken to reduce the possibility of this conflict spreading and quickly getting out of control.

This situation is still ongoing, but it is our hope that we see a willingness to abide by the ceasefire,. The ongoing work of the SCE Minsk Group must be respected and fully supported. There is no viable military outcome to this conflict.

The aggression in July was prevented from spreading, and such efforts must happen again. The ongoing rhetoric from Turkish leadership, from official channels in particular, is completely unhelpful, and well outside the diplomatic norm. No politician or leader should be encouraging hate, openly denigrating ethnic or national groups, or calling for the violent removal of civilian populations at any time.

The Parliamentary Friendship Group continues to call for an end to fighting, the immediate resumption of the ceasefire, and the ongoing support and protection of civilians who are caught in this violence”, the statement says.