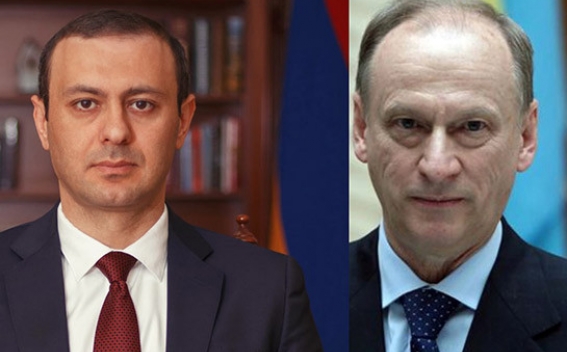 In a Facebook post the SCS said he has referred to the situation at Artsakh-Azerbaijan border zone, stressed the facts of aggression of Azerbaijan against Artsakh as well as Azerbaijan’s intentions to move the conflict to the territory of Armenia.

It has been noted that Artsakh Defense Army is brilliantly implementing the military duty on ensuring safety of the borders and keeps the situation under control.

The negative influence of Turkey on the regional security has also been stressed.

Patrushev, in his turn expressed deep concern over the created situation and stressed the necessity of peaceful settlement of the conflict.