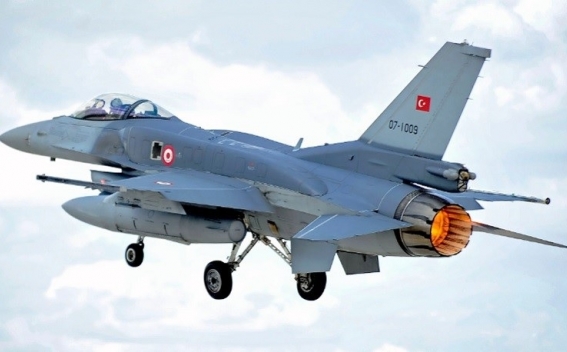 The Republic of Azerbaijan handed over the air command of offensive operations against the Artsakh Republic to the Turkish Air Forces, Armenia’s Defense Ministry spokesperson Shushan Stepanyan informs.

''Starting from 10:00 am today, two F-16 fighter jets of the Turkish Air Forces flying from Kurdamir, as well as the SU-25 aircrafts of the Azerbaijani Air Force, the Bayraktar reconnaissance and surveillance attack drones carried out bombing and missile attacks at high altitudes in the direction of settlements of Hadrut and Martuni regions of the Artsakh Republic.

Apart from that, Turkish UAV C2 station is located at a distance from the border with Hadrut region, which directly controls the fire of Azerbaijani attack planes. The above-mentioned information is being directly monitored and observed by the C2 of the joint air defense and aviation command.

Materials of live monitoring and recording systems will be presented soon'', Stepanyan wrote on Facebook.