As of the Moment the Intensity of Battles Has a Little Reduced: MOD Representative 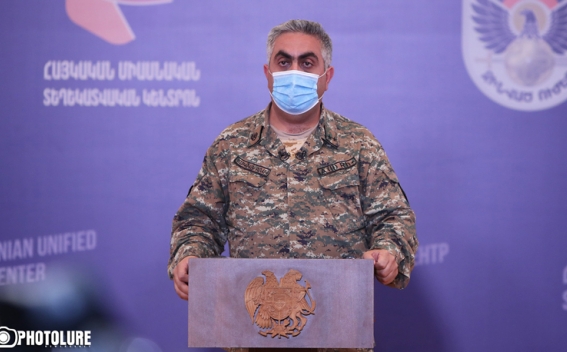 The fierce battles continued from the morning today, Armenia’s Ministry of Defense representative Artsrun Hovhannisyan said at a briefing today, adding that in northern and southern directions the enemy tried to launch offensives, Aysor.am reports.

Hovhannisyan stressed that the two sides have not registered any position changes.

“As of the moment the intensity of the battles has a bit reduced,” he said.