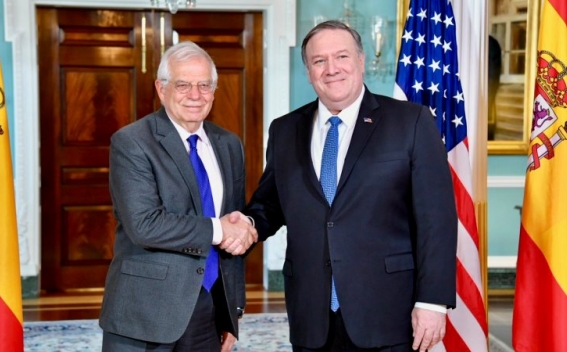 ''The two principals assessed the situation in the Nagorno Karabakh conflict zone and urged the immediate cessation of hostilities and respect for the agreed ceasefire. They called upon the sides to re-engage in meaningful negotiations without delay under the auspices of the OSCE Minsk Group Co-Chairs. The two principals call on all actors, including external parties, to refrain from actions that may increase the risks for the region,'' the statement reads.