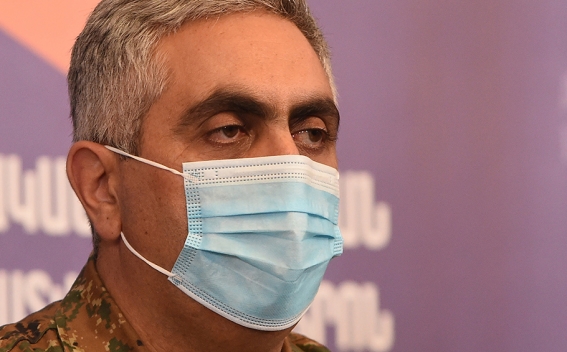 Military actions launched from the morning today, representative of Ministry of Defense Artsrun Hovhannisyan said at a briefing today, adding that fierce battles in the northern direction started after the afternoon with powerful artillery shooting, Aysor.am reports.

“Another sabotage group has been eliminated south from Martuni and north from Hadrut near woods and settlements. Fierce battles were not recorded today in southern direction. The enemy tried to implement local attack operations. But the few attempts have failed, the enemy retreated,” Hovhannisyan said.

He said today the situation in different sectors of the frontline was not too tense.