Although We Have Recorded Good Results in Shushi, the Fights Continue: Artsrun Hovhannisyan 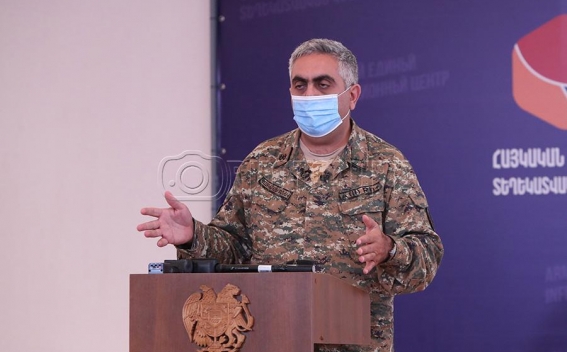 ''After a short artillery preparation in the northern direction, an attempt was made to attack several positions in the rear. The adversary suffered serious losses here, was thrown back, leaving a significant number of corpses in the field.

In the southern direction, north of the Araks River, in the direction of several heights, the The defense Army has certain positional advantages.

Two separate processes took place in the central direction- in the Martuni-Chartar direction, the Azerbaijani armed forces tried to break through the frontline. There is no change of position in this direction at the moment, but the battles are persistent.

Near the forested villages near Shushi, although we have recorded good results, the fights continue'', Hovhannisyan said.