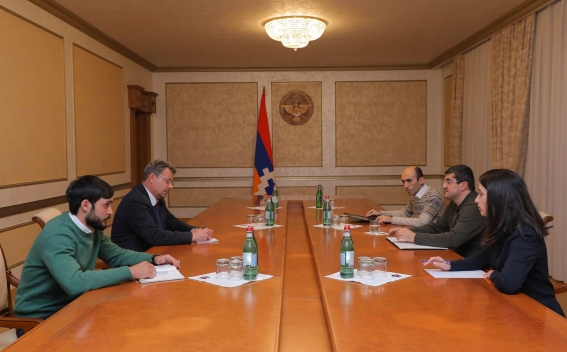 ''Highlighting the efforts of the Red Cross in the process of removing the bodies of the victims from the conflict zone and the search for the missing in action after the cessation of hostilities, I emphasized that the issue of exchanging war prisoners is in the spotlight of the Artsakh authorities and the people. I urged to give a new impetus to the efforts in that direction, expressing our unconditional commitment.

A range of other activities to be realized within the framework of collaboration with the ICRC were discussed during the meeting, attended by Artsakh Ombudsman Artak Beglaryan,'' Harutyunyan wrote.