US Senate Approves Bill on Applying Sanctions Against Turkey 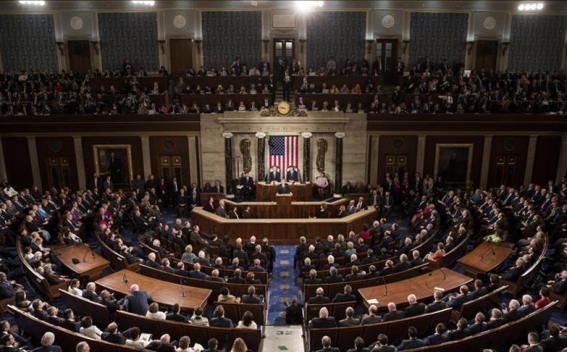 he U.S. Senate resisted outgoing President Donald Trump during a rare Friday session, approving a defense spending bill the commander-in-chief has vowed to veto. The bill paves the way for imposing sanctions on Turkey over the country's purchase of S-400 missile systems from Russia, Daily Sabah reports..

The 84-13 vote now sends the enormous $731 billion bill to the president's desk. It cleared the House of Representatives on Tuesday, and in both chambers has secured a veto-proof majority.

The president could still exercise his veto powers, but that would almost certainly set up an embarrassing defeat in the waning days of his presidency.

The bill requires the imposition of sanctions within 30 days of the legislation passing. It calls for sanctions on "each person that knowingly engaged in the acquisition of the S-400 air defense system" by Turkey. The bill would allow the president to rescind the sanctions after a year.

Ties between NATO allies Turkey and the U.S. were tested last year over Ankara’s acquisition of the advanced S-400 Russian air defense system, prompting Washington to remove Turkey from its F-35 Lightning II jet program. The U.S. argued that the system could be used by Russia to covertly obtain classified details on the Lockheed Martin F-35 jets and is incompatible with NATO systems. Turkey, however, insists that the S-400 would not be integrated into NATO systems and would not pose a threat to the alliance.