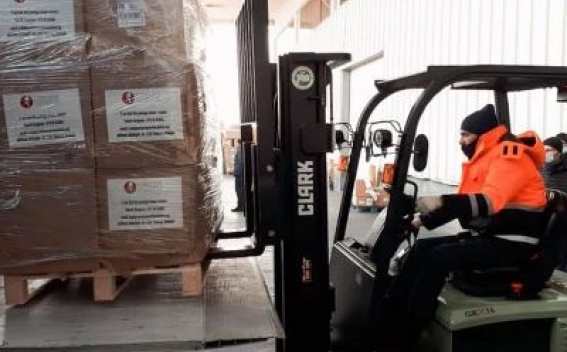 The fifth plane carrying humanitarian aid arrived from France to Armenia on Tuesday, the Aznavour Foundation reported on Facebook, thanking all involved organizations, parties and individuals that had taken part in collecting and transferring the goods, Panorama reports.

According to the source, once the aid arrives at the Aznavour Centre, their team will start its distribution among the organizations that work with the affected population of Artsakh.

"We also want to highlight that this plane was initiated by Youri and Denis Djorkaeffs and provided by the French Government. Youri Djorkaeff together with the group of doctors from France came to Armenia to continue the humanitarian mission and support Armenians affected by the war in Artsakh," the Foundation said.