Trilateral Meeting between the Prosecutor Generals of Armenia, Azerbaijan and Russia Took Place in Moscow 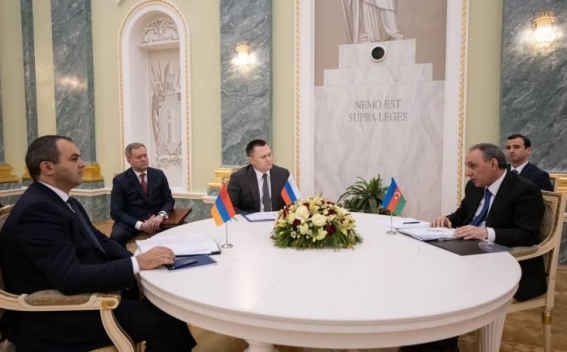 As ARMENPRESS was informed from the press service of the Prosecutor General's Office of Armenia, the goal of the meeting was to establish further contacts in the field of international law, to discuss necessary conditions for that, as well as discussing a number of pressing issues.

Prosecutor General of Armenia Artur Davtyan highlighted the speedy implementation of the 8th point of the trilateral declaration signed on November 9, 2020, which is about returning Armenian POWs and other persons kept in Azerbaijan to Armenia.

The Armenian Prosecutor General emphasized that the return of POWs and civilians kept in detention will become an important guarantee for the implementation of the other agreements provided by the trilateral agreement and strengthening peace in the region.

In this context, Artur Davtyan also raised the issue of preventing the spread of international terrorism in the region and taking joint actions against it.