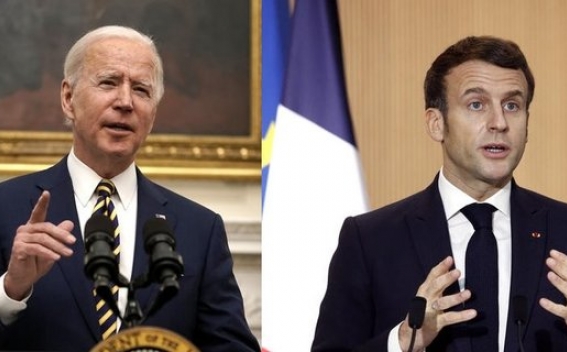 US President Joe Biden spoke to French President Emmanuel Macron and expressed the US' desire to "strengthen bilateral ties with our oldest ally," the White House said in a statement on Sunday, Deutsche Welle reports.

Biden also emphasized "his commitment to bolstering the transatlantic relationship, including through NATO and the United States' partnership with the European Union," according to the statement.

In a separate statement, Macron aides said the two leaders were in agreement on climate change and on ways to fight the coronavirus. They also discussed "their willingness to act together for peace in the Near and Middle East, in particular on the Iranian nuclear issue", the Elysee palace said.