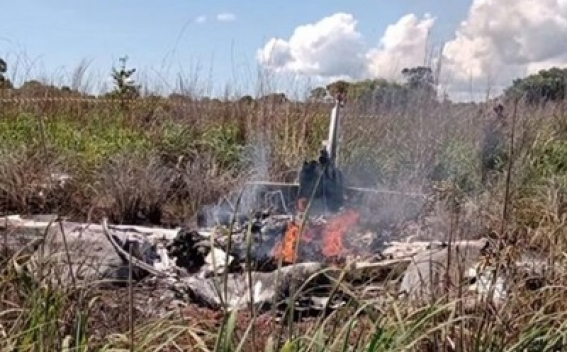 The president and four players of Brazilian club Palmas have been killed in a plane crash en route to a game, Mirror reports.

The club announced in a statement that President Lucas Meira, pilot Wagner Machado and four players - Lucas Praxedes, Guilherme Noe, Ranule and Marcus Molinari were killed in an accident on a private airstrip in Luzimangues on Sunday.

They were travelling to Goiania in a light aircraft for an away game against Vila Nova in the Copa Verde, an annual competition played between 24 teams from the north and central-west regions of Brazil.