A Wider Alliance Should Be Formed to Oppose Erdogan's Aggressive Policy 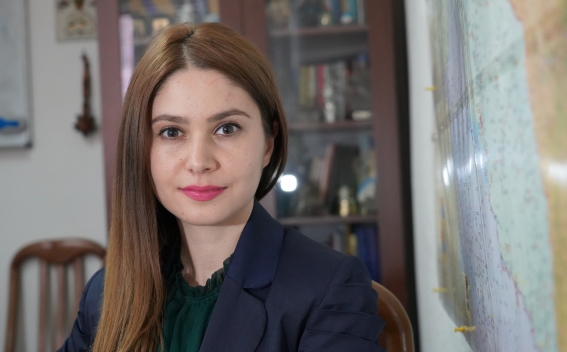 The policy pursued by Turkish President Recep Tayyip Erdogan is creating more and more risky situations for different countries and different nations. For bringing his nationalist and morbid ideologies to life and for restoring Turkey's former imperial influence in the world, it seems that Erdogan stops at nothing, and moves smoothly in the context of his expansionist ambitions.

In order to achieve dominant positions, the latter destabilizes the situation in the Middle East, in the Eastern Mediterranean, in the South Caucasus, does not avoid from anti-human methods, commits crimes against humanity, and in order to cover up his actions, he tries to silence different countries, including the superpowers, through a policy of blackmail. If earlier Turkish president, who has become a global danger, limited himself by aggressive rhetoric, in the last few years his words has become his actions and he tries to strengthen his position in the practical sphere.

In order to oppose this aggressive policy of Turkey, a platform has already been formed, which includes Egypt, Cyprus, Greece, Bahrain, Saudi Arabia, the United Arab Emirates, France, as well as Iraq. But the question is - whether only these states should fight Erdogan's actions, which are becoming increasingly dangerous? Isn't it high time for the countries, as well as the various stateless nations (for example, the Kurds), which are under direct or indirect threat by Turkey, to form an alliance and take a common stand against the Turkish aggression?

Today more than ever, the world needs to deepen cooperation in a variety of areas and strengthen ties to minimize the challenges posed by Turkey. It is necessary to have a specially developed action plan that will enable to effectively respond to Turkey's actions, regardless of the region where they take place.

By retreating and keeping silence before Turkey the world is contributing to the growing nationalist power of Turkey. And it is no secret that a strengthened Turkey, in the context of expansionist ambitions, is a threat to a large number of countries.