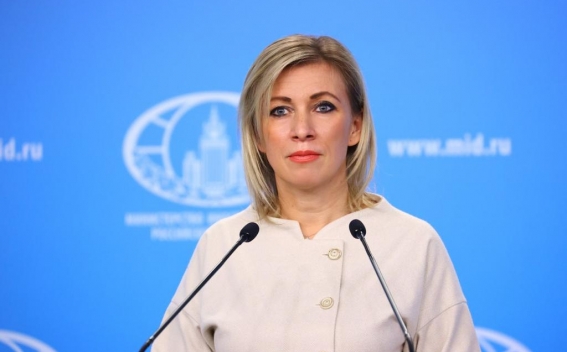 Moscow notes the generally constructive attitude shown by Baku and Yerevan within the framework of the trilateral working group chaired by the vice prime ministers of Russia, Armenia, and Azerbaijan, the official representative of the Russian Foreign Ministry Maria Zakharova noted, NEWS.am reports.

Her remarks came following the statement of President Ilham Aliyev on the Zangezur Corridor.

“Its main task is to implement the agreements reached at the highest level on unblocking all economic and transport links in the region. We hope that the same focus on the positive and the search for mutually acceptable points of contact will prevail both in the official comments and in the media space of Azerbaijan and Armenia," she noted.

Earlier Aliyev accused Armenia of interfering with the creation of the Zangezur corridor.

According to him, Armenia refuses to cooperate now.