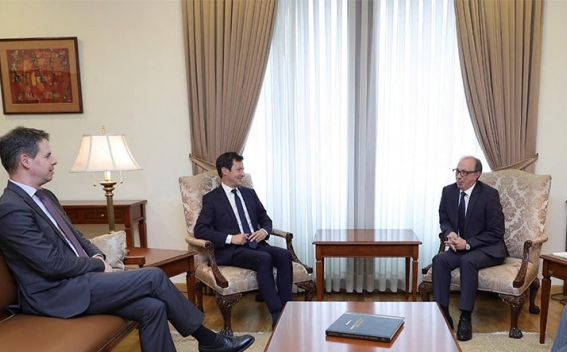 Foreign Minister of Armenia Ara Aivazian received on April 5 the member of the European Parliament, French lawmaker François-Xavier Bellamy. As the press department at the ministry reported, the sides commended privileged nature of Armenian-French relations based on century-long traditions and common values.

The parties discussed further cooperation in parliamentary platforms, future development of relations both in bilateral and multilateral formats. Minister Aivazian and MEP Bellamy also exchanged views on the situation in region following the Azerbaijani-Turkish war against Artsakh.