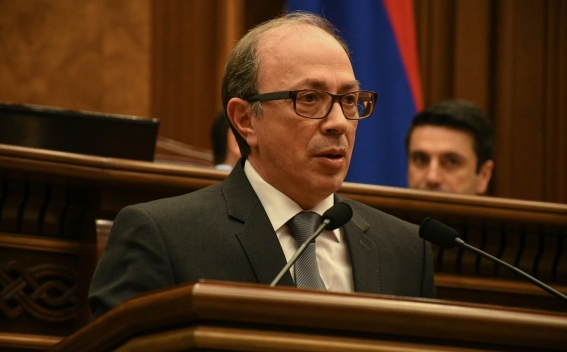 In essence, the OSCE Minsk Group called on Azerbaijan to renounce its destructive policy with its latest statement. This is what Minister of Foreign Affairs of Armenia Ara Aivazian said during today’s question-and-answer session with government officials, News.am reports.

According to him, the Co-Chairs of the OSCE Minsk Group reminded Azerbaijan about the need to implement all the provisions stated in the trilateral statement signed on November 9, 2020, including the return of prisoners of war, as well as called on Azerbaijan to renounce its destructive policy which is obstructing the dialogue between Armenia and Azerbaijan.

The minister noted that Yerevan has never refused to engage in dialogue with Baku and is ready to exert all efforts for the future settlement of the Nagorno-Karabakh conflict.