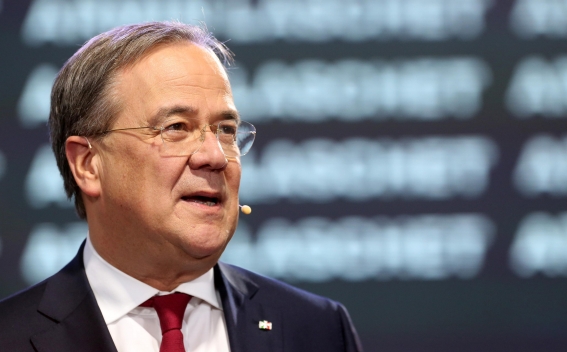 Armin Laschet has won the backing of German Chancellor Angela Merkel's party to run as a centre-right candidate to succeed her in September's elections, BBC reports.

The leader of the Christian Democrat (CDU) was supported by 77.5% of the party's executive board members.

His rival Markus Söder, who heads the CDU's Bavarian sister party the CSU, was supported by 22.5% of the board.