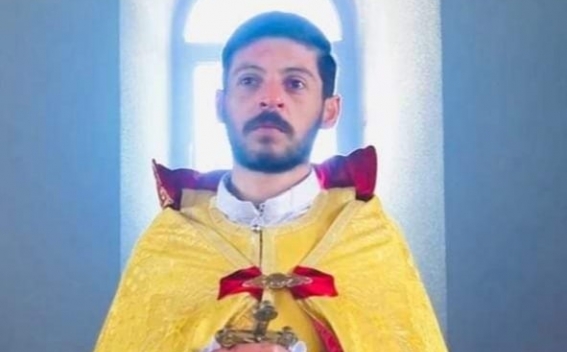 "Armedia" IAA spoke with Father Geghard Hovhannisyan, abbot of the Amaras monastery of the Artsakh Diocese, director of the information department, about the actions being carried out by Azerbaijan at the Ghazanchetsots Cathedral of the Holy Savior in Shushi.

- Azerbaijan has not informed Artsakh Diocese and the Mother See of Holy Etchmiadzin about its actions. In other words, the Azerbaijani government has started a process on its own, which is not a matter of repair or restoration, but is aimed at changing the architectural appearance of the church. Moreover, we already see the results of those actions. It is clear for us, for the society, as well as for international organizations, relevant structures that these actions of Azerbaijan are aimed at erasing the Armenian trace, depriving the church of its Armenian identity. The removal of the dome, the removal of the monuments is nothing more than an act of vandalism.

These actions are not agreed with us. As I have already mentioned we are not informed about them. I do not remember a single case when we were informed about any issue by Azerbaijan.

It is a pity, but it is a fact that as a result of their invented and false ideas, Armenian Sanctuaries and Churches are being converted into Albanian churches and which is unacceptable - are being demolished. We also have similar cases, for example, connected with the Armenian Church in Jrakan.

-In general, what do you think should be done, what steps should the Mother See, Armenian and NKR authorities take to counter these steps of Azerbaijan, in order to avoid similar cases in the future?