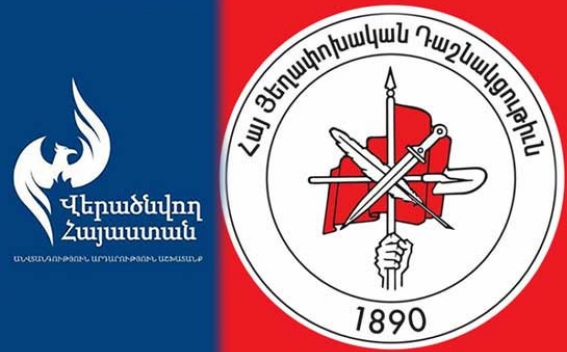 The Reviving Armenia Party will run in the snap parliamentary elections—slated for June 20—in a bloc with the opposition ARF Dashnaktsutyun Party, and led by second President Robert Kocharyan. Reviving Armenia has issued a statement in this regard, News.am reports.

"Taking into account the catastrophic situation on the ground in Armenia and Artsakh [(Nagorno-Karabakh)], due to the need to act together with ideological and like-minded political forces, the Reviving Armenia Party has made a decision to run in the likely snap parliamentary elections with a pre-election bloc with the Armenian Revolutionary Dashnaktsutyun, and which will be led by the second President of the Republic of Armenia, Robert Kocharyan," the statement reads.