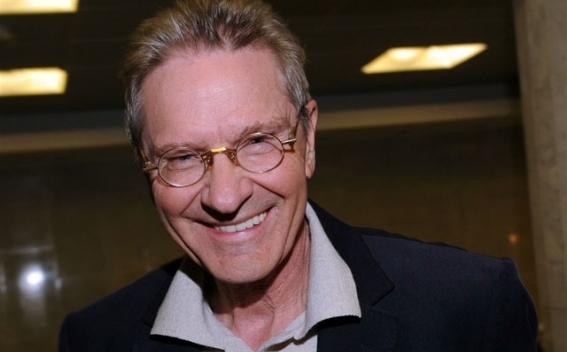 David Tukhmanov, is a remarkable Soviet and Russian composer, author of famous songs, "Victory Day", "Olympiad – 80" and others.

David Fyodorovich Tukhmanov was born in Moscow, on July 20, 1940. Tukhmanov is a son of an Armenian engineer Fyodor Davidovich Tukhmanov. As Tukhmanov himself noted he was extremely gifted, he sang opera arias and was good at it. His mother, Vera Anatolyevna Karasyova was a musician who instilled in David the love for composing melodies and music in general. Primarily she taught him from an early age, developed his talent, then sent him to a music school, and to the Gnesins Musical College later. David was a restless child. Instead of hour-long efforts of learning the gammas, he ran out into the yard to play with the boys. However, being naturally gifted, at the age of 4 he wrote his first piece of music for fortepiano, and for two hands. There was no insurmountable difficulty while preparing for a lesson.

David’s creative path was marked with the compilation of music for fortepiano. Later he authored lyrical melodies and arrangements for already famous hits. After serving in the army, he started to work in the pop genre and compose pop melodies for lyrics.

The hits he composed were performed by the best of singers, Alexander Gradsky, Valeria, Iosif Kobzon, Oleg Mityaev, Lev Leshchenko, Valery Leontyev, Sofia Rotaru, the "Veselie Rebyata" ensemble and other famous performers and groups. David Tukhmanov’s path to love of the people began with the famous song "The last train", which instantly became a hit. The pinnacle of creativity was the composition "Victory Day", which went through a long way - from being banned from air to the title of the top song of the country on May 9 holiday. Tukhmanov composed it in 1975 for Vladimir Kharitonov’s lyrics. There was initial reluctance to air the song on radio and television, considering it too danceable. However, Lev Leshchenko performed it at a concert for the Day of Militia. The song "Victory Day" instantly became popular. David Tukhmanov is also the author of such well-known and beloved songs as "These Eyes in Front", "Horses in Apples", "Clean Ponds" and many others.

Tukhmanov composed a few musicals, music for children’s ensembles and performances. In chamber music he composed cycles of ballads and romances, of the operas "Ekaterina the Great" (2005) and "the Tzarina" (2009). David Fyodorovich composed dozens of compositions for movies.

The composer has earned a range of awards for his work. David Tukhmanov - People's Artist of Russia, Honored Artist of the RSFSR, laureate of the Leninsky Komsomol Prize, State Prize of the Russian Federation, holder of the badge of honor of the Russian Foundation for Public Recognition, member of the Patriarchal Council for Culture. Tukhmanov was awarded the Order of Friendship of Peoples and "For Services to the Fatherland" IV degree.

The composer is sure that songs are not about being well thought of, time and efforts spent, but about sounding light and carrying positive emotions.

David Tukhmanov lives with her third spouse in Israel. In an interview with linagor.wordpress.com, he said that one of the reasons of choosing that country was the climate, "I like the weather, I am a man of the south, my father was Armenian," the composer stressed.