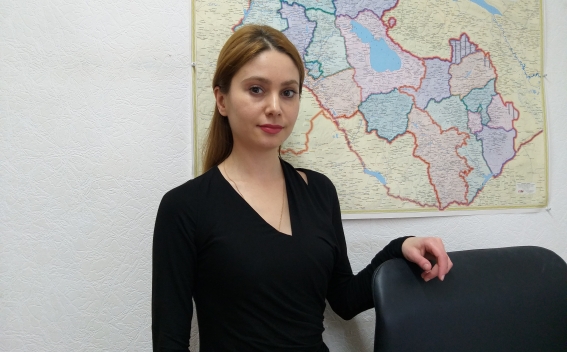 Recently Russian Foreign Minister Sergei Lavrov met with Azerbaijani President Ilham Aliyev and Foreign Minister Jeyhun Bayramov. During the visit Lavrov particularly touched upon the implementation of the provisions of the agreements reached on November 9, 2020 and on January 11, 2021, the role of international organizations in protecting historical and cultural monuments, ways of possible solution to the humanitarian consequences of the war, the unblocking of economic ties and transport links in the South Caucasus.

It should be noted that in general the visit of Russia’s FM didn't contain optimistic elements for Armenia. During the visit Lavrov did not condemn the steps taken by Azerbaijan, in particular, in connection with the return of hostages, Azerbaijan's aggressive rhetoric, the erasing of the Armenian trace, cultural heritage from the regions fallen under its control: on the contrary, his silence gave the impression that he agrees with Aliyev’s criticism of the "unfriendly rhetoric " coming from Armenia and emphasized the need to conscientiously and scrupulously implement Aliyev’s agreements with Russia’s President Vladimir Putin.  Lavrov's statements gave the impression that there is a Russian-Azerbaijani agenda and there are no Armenian-Russian relations. It may seem strange but Lavrov’s behavior was not unexpected.

The visit of the Russian Foreign Minister to Azerbaijan showed the result of the behavior of the current Armenian authorities in creating tension in the Armenian-Russian relations and worsening them day by day. By pursuing a non-compliance and incompetent management policy, by constantly blowing the relations with the strategic ally- in some cases deliberately, in some cases unintentionally- these authorities brought those relations to the point where they are today. Moreover Russia's non-response to Aliyev’s statements is due to the Armenian government's lack of a clear vision for both Artsakh and Syunik. The current Armenian authorities do not make demands on any issue, they do not put forward their own agenda. There is an impression that the latter are absent from not only the current developments both in Syunik and Artsakh, but also from regional developments. They do not even carry out effective diplomatic work with friendly countries and with the strategic ally…

At first glance, it may seem logical that if the members of our government adopt such behavior, even make anti-Armenian statements from the highest tribunes of the country, what should we expect from other countries? But ,however, it is necessary to draw attention to the fact that the Armenian society did not give the incumbent authorities the mandate to act like this, the Armenian people have not gave them the mandate to worsen the Armenian-Russian relations. It is very important that Russia perceive that this government will soon be changed and regardless of the actions taken by them - whether they are intentional or not- the Armenian-Russian friendly relations come from the depths of the centuries and those relations have no right to suffer on the spur of a moment.