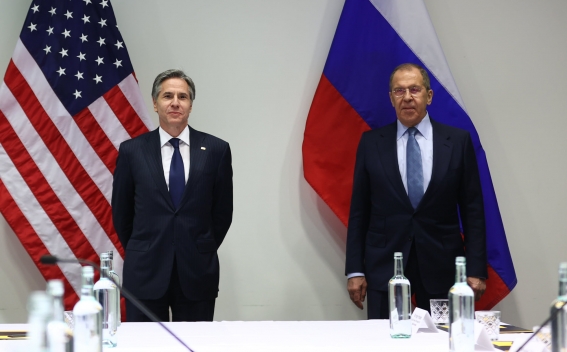 US Secretary of State Antony J. Blinken and Russian Foreign Minister Sergei Lavrov discussed the solution to the conflict between Armenia and Azerbaijan among many other topics during their meeting on the margins of the Arctic Council Ministerial, State Departmental Spokesperson Ned Price said in a statement, Armenpress reports.

"The Secretary underscored the imperative of ensuring humanitarian access for the people of Syria, while they also discussed regional issues, including finding a long-term political solution to the conflict between Armenia and Azerbaijan", Ned Price said.

At the meeting the Secretary of State also noted that "the United States sought a more stable and predictable relationship with Moscow".