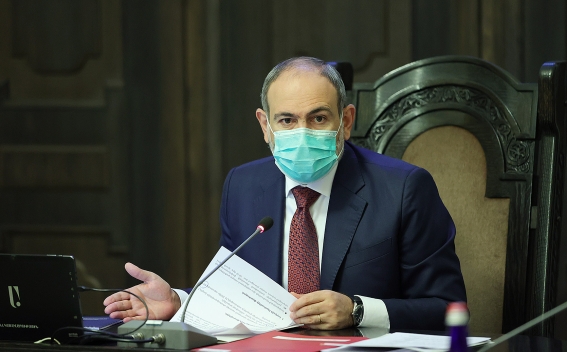 “Still a rather big number of Azerbaijani servicemen are in the territory of the Republic of Armenia, approximately 500-600,” he said.

“In political regard, our issue is the following  - not to allow the situation go out of our control, do the utmost to exclude any scenario of war or military clashes, reach withdrawal of the representatives of Azerbaijani armed forces from the RA territory,” he said.

The acting PM also said that huge diplomatic work has been and is still being carried out.

Pashinyan said as of the moment he considers the diplomatic fight effective.

He stressed that not only the MFA is carrying out diplomatic work but the Ministry of Defense, Vice PMs as well.

“I consider it succeeded as the positions of the international partners and Armenia are the same – the representatives of the Azeri armed forces must leave the territory of Armenia. It is a fact recorded on working level,” Pashinyan said.