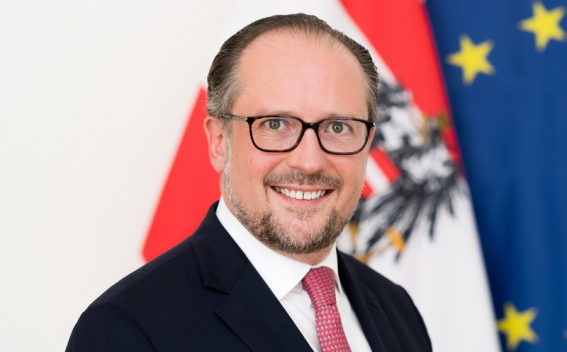 During his telephone talk with Armenia’s caretaker foreign minister Ara Aivazian and during his meeting with Azerbaijani foreign minister Jeyhun Bayramov in Vienna, foreign minister of Austria Alexander Schallenberg has expressed concerns over the tension around Artsakh and called on the sides to refrain from actions that would lead to new escalation of the situation, the Austrian foreign ministry said, adding that the ministers discussed issues relating to the Nagorno Karabakh conflict, the bilateral relations, including the economic cooperation, Armenpress reports.

“It would be a dangerous delusion to believe that the conflict is solved only because the weapons are silent now. Internally the conflict continues to boil”, the Austrian FM said, expressing confidence that humanitarian measures and the readiness of the parties for the conflict’s political settlement are among the most important preconditions for stopping the conflict.

According to him, the OSCE Minsk Group Co-Chairs (US, France and Russia) must have a key investment on this with the support of the European Union.

“We need quick and pragmatic solutions to humanitarian issues such as the release of all prisoners of war, as well as the demining. A political will is necessary to again resume the dialogue process aimed at settling the conflict. In our opinion, the OSCE Minsk Group Co-Chairs must have a leading role in this process”, he said, noting that the 2020 November 9 ceasefire was only the first step aimed at the conflict settlement.