Elections in Armenia: To Be or Not to Be? 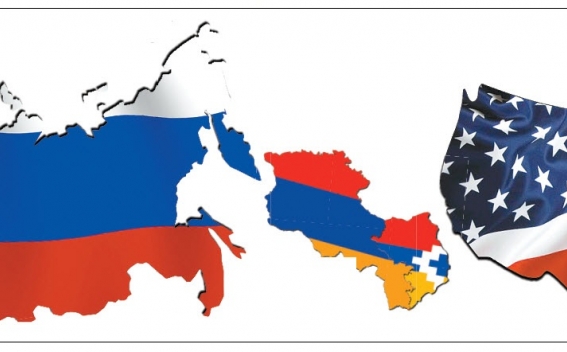 The upcoming elections in Armenia are of interest beyond the boundaries of our country - not only in neighboring states, but also in the centers of world power, as well as in countries whose views are traditionally directed towards our region.

Obviously, the future foreign policy of our country will depend on the results of the upcoming elections in Armenia, which will not only have its impact on the policy in our region as a whole, but can also rebuild the mosaic of relations between the West, Russia and other actors.

In order to understand exactly who the West would like to see as the leader of Armenia, it is enough to outline the goals that the West pursues in our region and follow the logic and motive of various actions taking place both in our country and largely in the Middle East region.

What interests and goals pursue the West in the South Caucasus region? First, it is noteworthy to mention that not only the countries of the South Caucasus are in the center of interest of the West, but also the wider region, which includes our neighboring states, such as Iran, Turkey, and so on. Second, when speaking about the West, it should be borne in mind that the interests of the EU member states of NATO do not always completely coincide and are not identical with the interests of the United States. Moreover, these interests do not contradict each other but in this case, speaking of the "West," we will draw the attention rather to the US than the EU.

The first component of the West's interests in our region is the weakening of Russia's influence in the South Caucasus and separately in each of the countries of our region. In this case both the EU, the US and Turkey - as a NATO member and a representative of the alliance in our region do not have strategic contradictions; approaches may differ only in tactical issues. Moreover, even during crisis situations in the EU-Turkey and the US-Turkey relations America always has levers of pressure on Turkey and this is common knowledge.

The second component for the West is the establishment of control over Iran and the weakening of Iran's role in the region. Despite the fact that we are witnessing a thaw in West-Iran relations, the disagreements and the level of trust between these two countries is still an urgent problem for the world.

The third component is communication capabilities and control over them: from the Caspian Sea to the Black Sea, from the Indian Ocean to the Black Sea, etc. The fourth point of the West (taking into consideration Georgia's pro-Western foreign policy) is to change the mosaic of the South Caucasus, making Armenia and Azerbaijan more pro-Western, if possible, and also to prevent a "reverse course" in Georgia's policy, using various tools.

Certainly, this is not the complete list of the goals and interests of the West in our region, and here it is worth remembering that the West is building its policy in the South Caucasus, fulfilling both long-term and mid-term and short-term tasks.

For example, the creation of a destructive image of Russia is one of the tools that the West successfully uses. This approach takes up most of strength, energy, resources of Russia in the short term in a particular region, and in the long term the West hopes that such an instrument can come to fruition and weaken the role of Russia on a world scale. There are many examples of how this policy of the West works and how Russia is opposing it. We can take, for example, Ukraine and Georgia.

For many years Armenia has tried to avoid conflict of interests between the West and Russia on its territory. But after coming to power Nikol Pashinyan immediately began to pursue its external relations based on the contradictory interests of Russia and the West. The results of that step we saw in September-November 2020. Undermining confidence in Armenia-Russia relations, not contributing to the development of the relations between Armenia and West and earning the "status" of a frivolous partner on the part of all international actors without exception, the current Armenian authorities completely destroyed Armenia's foreign policy.

Today, on the eve of the parliamentary elections, both we and the world understand that this is not only about the change of power in Armenia as such. The election does not only concern the personality of the RA Prime Minister. The choice of the Armenian people will refer also the political course of the country, geopolitics and security in the broadest sense of the word. This should not be forgotten by those who will go to polls on June 20 and vote 'for' or 'against' the former, the capitulators, the handsome or the rich.

Armenia's choice today, no matter how pathetic it may sound, is Hamlet's - "to be or not to be."