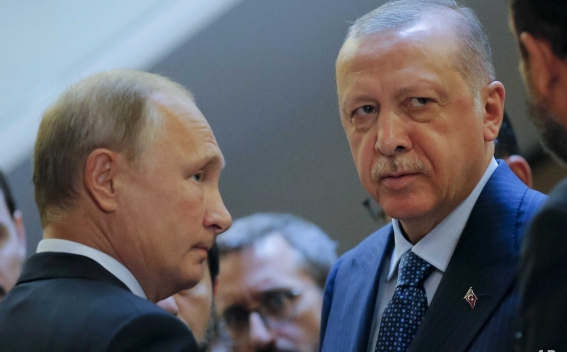 Turkish President Recep Tayyip Erdogan announced that a meeting with Russian President Vladimir Putin will be held in the near future, "Armenpress" reports, referring to the Azerbaijani media.

Erdogan also did not rule out that the agreement signed in Shushi on deepening cooperation between Turkey and Azerbaijan may include the creation of a Turkish military base in Azerbaijan.

“This does not go beyond the provisions of the statement. This topic can be disclosed in the course of Aliyev's consultations with Putin. During our negotiations, this can be done in another way”, Erdogan said.