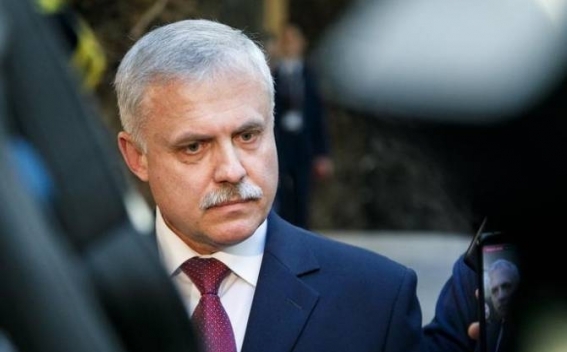 A spike in tensions in the southern Syunik province of Armenia due to the establishing a new border with Azerbaijan is a "border incident," it does not fall under the provisions of the Charter of the Collective Security Treaty Organization (CSTO) on collective defense, CSTO Secretary General Stanislav Zas has told reporters, TASS news agency reported.

"One must understand that the CSTO capacity is used only in the event of an aggression, an invasion [of one of its members]. Here we actually have a border incident. Thank God, there are no casualties, no shooting there. This is a border incident, it must be dealt with, and we are in favor of resolving the issue by peaceful means," he said, as quoted by the source, Panorama.am reports.

According to Zas, there is no conflict escalation. "Actually, we cannot say that the situation there is deteriorating. <…> There is a lot of work ahead on the border issue, on addressing all these disputable issues, but they need to be resolved at the negotiating table," he noted.

The CSTO chief added that the organization had held consultations on the situation in the border regions at Armenia’s request. "Such consultations were held at the level of the defense ministers, the secretaries of the security councils. I had contacts with Armenia’s foreign and defense ministers, and we discussed the situation. In addition, we had a general discussion of the situation during a meeting of the CSTO Council of Foreign Ministers in Dushanbe," he said.

Zas assured that the CSTO was constantly monitoring the situation in the south of Armenia. "No decision was made on setting up a monitoring group, but, of course, we do monitor the situation," he stressed. The organization receives the necessary information from many sources, including Armenia and Russian peacekeepers, Zas added.