"I Have Honor" Bloc to Take Parliamentary Mandates 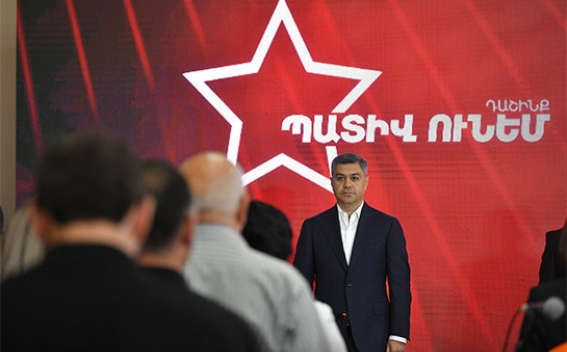 He said leader of Homeland party Artur Vanetsyan will take the mandate as well.

"We have stated that if the team decides to take the mandates and enter the parliament, Mr Vanetsyan will enter the NA too," Hakobyan said.

The bloc will have 7 deputies, according to their list these 7 will be – Artur Vanetsyan, Taron Margaryan (ex-mayor of Yerevan), Anna Mkrtchyan, Ishkhan Zakaryan, Hayk Mamijanyan, Taguhi Tovmasyan and Tigran Abrahamyan.