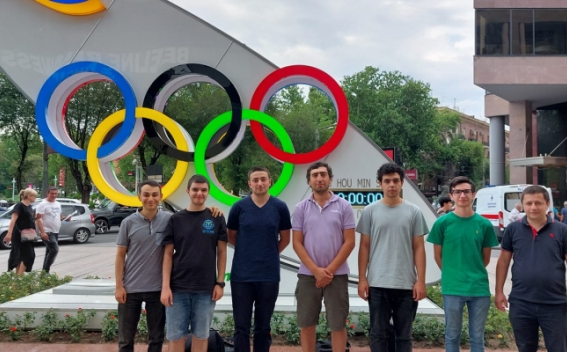 The Olympiad, organized by the Russian Federation, was held online in two rounds at Quantum College in Yerevan on July 14-24. A total of 619 schoolchildren from 107 countries, including 556 boys and 63 girls, took part in the Olympiad.

The Armenian team was represented by 6 students, 5 of them from the Physics and Mathematics Specialized School named after Artashes Shahinyan and one from Quantum College.

The Armenian team was led by Smbat Gogyan, a senior researcher at the Institute of Mathematics of Armenia’s National Academy of Sciences, and Gurgen Asatryan, a teacher at the Physics and Mathematics Specialized School.