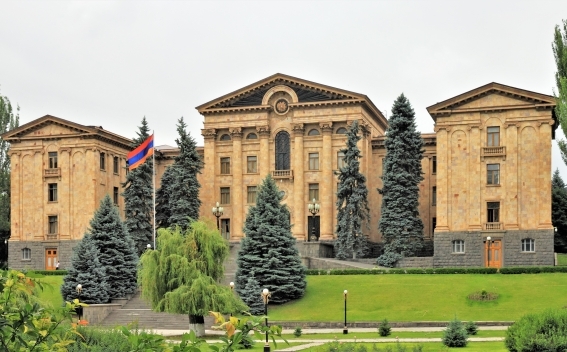 The first session of the newly elected National Assembly of Armenia of the 8th convocation kicked off in Yerevan, News.am reports.

On August 2, the deputies will elect by secret ballot the chairman of parliament and three of his deputies, one of whom must be a representative of the opposition. Acting Prime Minister Nikol Pashinyan's Civil Contract party, which won the elections, nominated Alen Simonyan, who was one of the vice-speakers in the previous parliament.

There are 107 deputies in the new parliament. 71 seats were received by the Civil Contract party. 29 mandates go for the "Armenia" bloc and 7 - for the "I have the honor" bloc.