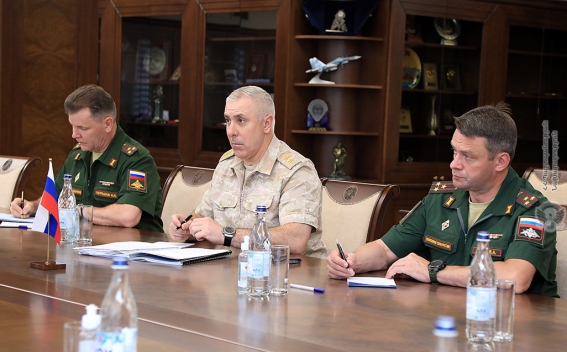 The head of the Russian peacekeeping unit congratulated the Minister of Defence on his appointment to a high state position.

The interlocutors discussed issues related to the peacekeeping mission of the Russian Federation, as well as the situation on the Armenian-Azerbaijani border.