Declaration on Proclamation of the Nagorno Karabakh Republic 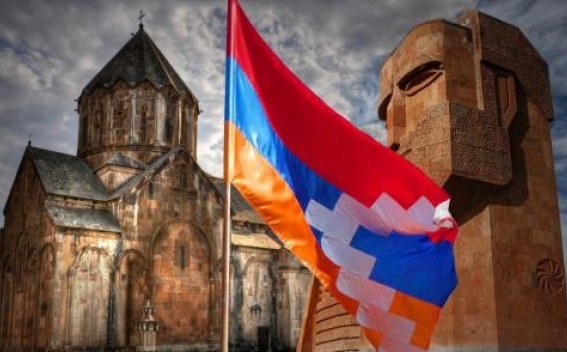 Later, using the right of holding the referendum and raising the question of their legal status, enshrined in the Soviet Union’s legislation, the Council of the NKR People’s Deputies decided to hold a referendum on independence. Under the incessant bombardment of Armenian settlements via all types of weapons by the Azerbaijani side on December 10, 1991 referendum was held, in which, 82.2% of registered voters took part. The residents of Getashen sub-district also participated in this referendum, legally securing entry of this area into the Nagorno-Karabakh Republic.

The majority of those, who did not vote, were the inhabitants of Azerbaijani settlements. The ballot papers were printed in three languages ─ Armenian, Azerbaijani and Russian. 99, 89% of voters were in favor of NKR independence from Azerbaijan. The results of the referendum, its democracy and transparency have been confirmed by independent international observers.

Below is the full text of Declaration.

ON PROCLAMATION OF THE NAGORNO KARABAKH REPUBLIC

Expressing the will of people, in fact, fixed by a referendum and in the decisions of the NKAO and Shahoumian regional authorities in 1988-1991, its strive for freedom, independence, equality and good neighbourly relations;

ascertaining proclamation by the Azerbaijani Republic of the “restoration of 1918-1920 state independence”;

taking into consideration that the policy of apartheid and discrimination pursued in Azerbaijan created an atmosphere of hatred and intolerance in the Republic towards the Armenian people, which led to armed conflict, human victims, mass deportation of the population from peaceful Armenian villages;

being guided by the USSR acting Constitution and laws giving the population of autonomous units and compactly living ethnic groups the right to decide independently the issue of their state-legal status in case of a Soviet Republic’s secession from the USSR;

considering the Armenian people’s strive for unification natural and in line with the norms of international law;

striving for restoration of good neighbourly relations between Armenian and Azerbaijani peoples, based on mutual respect of each other’s rights;

taking into consideration the complexity and contradictoriness of the situation in the state, uncertainty of the Union’s future, Union’s structures of authority and governance;

The Nagorno Karabakh Republic enjoys the authorities given to Republics by the USSR Constitution and legislation and reserves the right to decide independently the issue of its state-legal status based on political consultations and negotiations with the leadership of Union and Republics.

The USSR Constitution and legislation, as well as other laws currently in force, which do not contradict the goals and principles of this Declaration and peculiarities of the Republic apply on the territory of the Nagorno Karabakh Republic, until the NKR Constitution and laws are adopted.