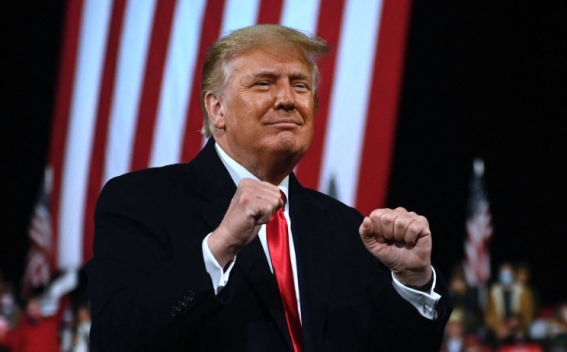 During a promotional event for a boxing match between two other pugilists of advancing years –Evander Holyfield, 58, and Vitor Belfort, 44 – Mr Trump, 75, fantasised aloud about who he’d like to face in the ring.

“Well if I had to pick somebody in the world, not only a professional boxer because I’ll take a pass on the professional boxers – that can be a very dangerous subject,” Mr Trump told the audience by telephone, “I think probably my easiest fight would be Joe Biden because I think he’d go down very, very quickly.”

The former president added that he thought “Biden would go down in the first few seconds.”