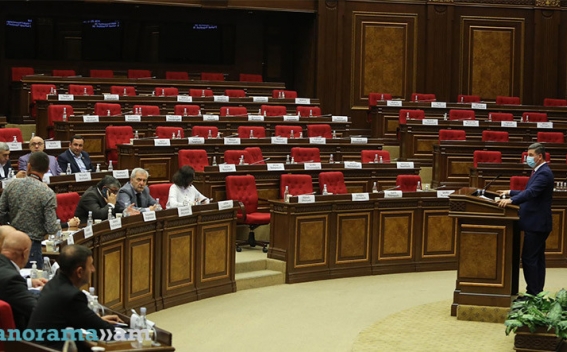 The National Assembly of Armenia adopted in the second and final reading the draft legislation proposing amendments to the laws “On Administrative-Territorial Division of the Republic of Armenia” and “On Local Self-Government”. The bill proposes consolidation of 441 communities into 37 enlarged communities, Panorama.am reports.

The bill was adopted by 63 in favor votes, representing the ruling "Civil Contract" faction.

To remind, opposition factions in the Armenian parliament earlier decided to boycott the parliament sitting in protest against the government-drafted bill.