France Working with Russia, US on Lasting Agreement on Karabakh: Anne Louyot 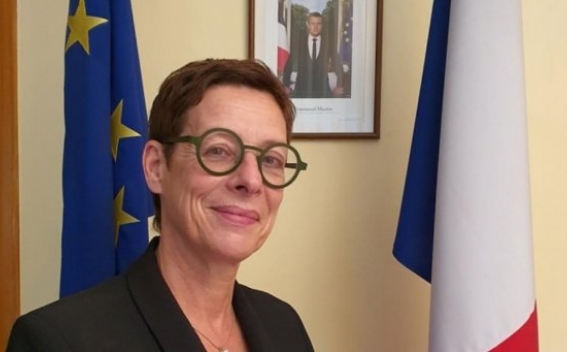 France is working with Russia and the United States to sign a more lasting agreement on Nagorno-Karabakh (Artsakh). The newly appointed French ambassador to Armenia, Anne Louyot, stated about this to RFE/RL Armenian Service, News.am reports.

The ambassador did not provide details, but considered it necessary to emphasize the participation of all three OSCE Minsk Group co-chairing countries—i.e., Russia, US, and France—in this process.

"There has been a shift in New York. We [France] have gladly organized—with the other Co-Chairs of the OSCE Minsk Group—the meeting of the two [i.e., the Armenian and Azerbaijani] foreign ministers. This may seem like a small step, but it was a huge step. We hope that there will be other such decisions, and I can assure you that we, together with our Russian and American partners, are working to advance the process aimed at signing a more lasting agreement on Karabakh," the French diplomat said.

And asked whether we should expect an intensification of the activities of the OSCE Minsk Group, the French ambassador responded: "The OSCE Minsk Group has already become active in New York, as I told you a while ago. We are not alone. I think Armenia and Azerbaijan should also move."