Foriegn Ministers of Armenia, Russia and Azerbaijan Held a Meeting in Minsk 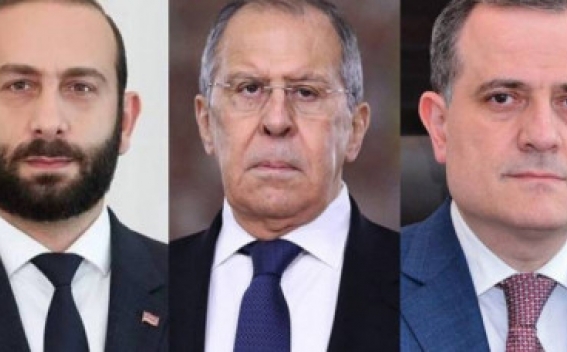 On October 14, on the initiative of the Russian side, the meeting of Foreign Ministers of Armenia, Russia and Azerbaijan was held in Minsk, the capital of Belarus.

The Ministers of Foreign Affairs discussed issues related to the Nagorno-Karabakh conflict, including the process of the implementation of the Trilateral Statement of November 9.

The Foreign Minister of Armenia Ararat Mirzoyan highly commended Russia’s mediation efforts aimed at the session of hostilities, and  in the context of ensuring the security of the Armenians of Artsakh the presence of the peacekeepers of Russia in Nagorno-Karabakh was emphasized.

At the same time, Minister Mirozyan drew the attention of the sides to the fact that some provisions of the November 9 Statement still are not implemented, and in this regard the need for immediate and unconditional repatriation of Armenian prisoners of war and other captives was underlined.

Touching upon the meeting held with the mediation and participation of the OSCE Minsk Group Co-Chairs, Minister Mirzoyan reiterated that the comprehensive and lasting settlement of the Nagorno-Karabakh conflict should be implemented within the framework of the OSCE Minsk Group Co-Chairmanship and within its international mandate, based on principles and elements well-known to the sides.