Biden Apologized for Trump Exit from Climate Accord 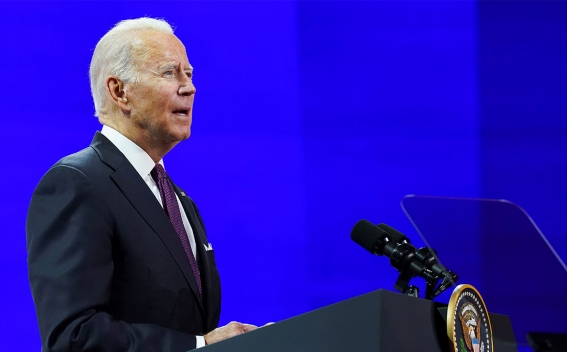 US President Joe Biden on Monday apologized to world leaders for his predecessor Donald Trump's withdrawal from a global climate accord and said fighting the crisis should be seen as an economic opportunity, France24 reports.

In a reference to Trump, who withdrew from the Paris climate deal on world action to reduce greenhouse gas emissions, Biden told the COP26 summit in Glasgow that he was sorry.

"I guess I shouldn't apologize but I do apologize for the fact that the United States in the last administration pulled out of the Paris Accords and put us sort of behind the eight ball a little bit," he said, noting that one of his first actions on taking office this January was to re-enter the accord.

Trump had argued that the Paris accord killed jobs.