Exhibition of Works of Armenian Architects from Shushi in Parliament 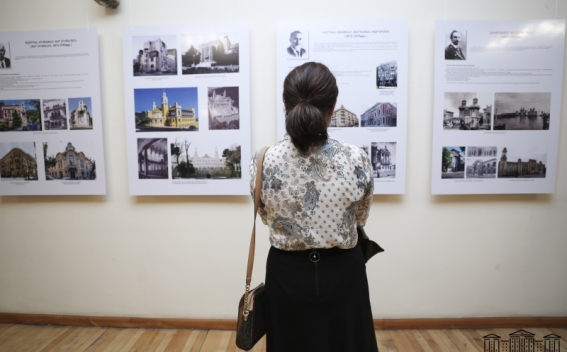 On November 9, the exhibition of the works of the Armenian Architects from Shushi was organized in parliament on the initiative of the Chair of the RA NA Standing Committee on Protection of Human Rights and Public Affairs Taguhi Tovmasyan.

The RA NA President Alen Simonyan, deputies and representatives of the NA Staff took part in the opening of the exhibition.

The presented pictures document that due to the Armenian architects’ designed buildings the provincial Baku has become a city and has turned into a big administrative and industrial centre of Transcaucasia.

In her speech Taguhi Tovmasyan has noted that we see manifestations of vandalism in parallel with the Armenian architecture, and the Armenian historical-cultural centres are destroyed. “Our anti-steps to them are the buildings in your capital, which authored the very same architects from Shushi,” the deputy said.

The Adviser to the Director of Alexander Tamanyan National Museum-Institute of Architecture Anush Ter-Minasyan introduced to the exhibition. According to her, thanks to the Armenian architects the Azerbaijani architectural style was created which has not existed until now.