Armenian History of ATMs (from the Series "Inventions of the Armenians") 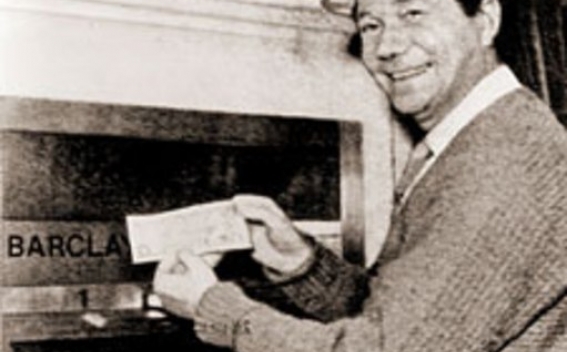 The first person to meet the challenge of creating an a technical device like ATM was an Armenian inventor Luther George Simdzhyan, who emigrated to the US in 1920. Already in 1939 Simdzhyan invented the first device that could automatically issue a receipt and even cash, but it had no connection with the bank, and therefore could not take money from the account. Luther proposed the well-known City Bank of New York to try using this machine, but after six months of testing it, the bank returned the machine to its owner, claiming a lack of interest from customers and the no future of the machine. Thus, by 1967, people forgot all about Simdzhyan’s invention.

Simdzhyan Karapet was born in 1905 in Western Armenia. Armenian Genocide separated him from his family as a teenager and forced to escape, first to Beirut, and later to Marseille, from where Simdzhyan left for the US in 1921.

Persistently overcoming all sorts of obstacles, including - language, he graduated from high school in New Haven and entered as a manager in the photographic department of the medical complex at Yale University. Here he showed his ability making a number of inventions such as, for example, a projector that displays the image obtained by the microscope.

In 1934 Simdzhyan moved to New York, where he continued his work in the field of photo technology, where he received the exclusive right to improve X-ray machines.

After World War II Simdzhyan proposed a fundamentally new device for orientation of the pilots in night flying and "blind" flights, as well as a number of medical devices, promoting ultrasound treatment.

At the age of 92, when his eyes did not see, Sandzhyan received his last patent on the process of improving the sound of wood for musical instruments. It was seven months before his death - in 1997.

Anyway, let us get back to the ATM: the first ATM (Automated Teller Machine), capable of delivering cash to the client, was set on June 27, 1967 in London, by The Barclays Bank. It was invented by John Shepherd-Barron, a Scottish. Since it was impossible to check the amount of money in the account of the client, the amount available for cash withdrawals were limited to 10 pounds only. ATM did not know how to work with the card, so special vouchers were used that the clients could receive from banks in advance. Shepherd-Barron later replaced paper vouchers with plastic cards, on which the codes were applied in the form of holes.

But the closest possible ATM to the modern cash dispenser was created by American Donald Wetzel, who invented the plastic cards with a magnetic strip, which recorded information about the owner, and his bank account.

The development of telecommunications technology has created a network of ATMs, which can serve customers of several different banks. This was first implemented between 1972 and 1975 in the United States. Hundreds of ATMs of eighteen banks of Washington State were united in a network called the Exchange.