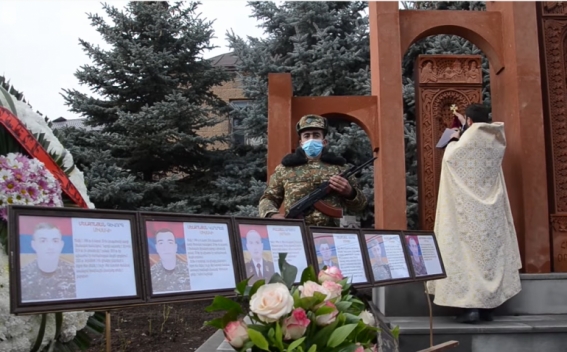 A memorial in memory of the soldiers from Ohanavan who had fallen during the Artsakh 44-day war was erected on Monday in the village.  Six people from the village participated in the war - Vakhtang Karapetyan, police officers Artyom Balayan, brothers Gevorg and Karapet Melkonyans, Samvel and Tigran Melkonyans among them, Panorama.am reports.

The consecration of the cross-tone was performed by Ter Aram Qahana Asatryan, after which the participants laid flowers at the memorial and lit candles in memory of all victims of the war.