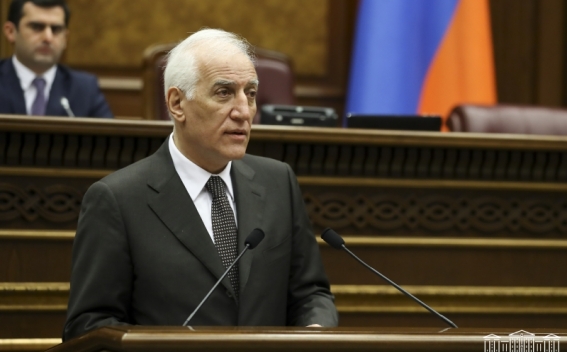 Only 69 lawmakers participated in the March 2 confirmation vote of Vahagn Khachaturyan as President of Armenia. All 69 voted in favor, but Khachaturyan needed at least 81 votes to pass the confirmation, Armenpress reports.

A second round of vote will take place on March 3, and at this stage Khachaturyan will only need 64 votes to be confirmed as president.

Khachaturyan, the High-Tech Industry Minister, is nominated for the presidency by the ruling Civil Contract Party.

The two opposition blocs – Hayastan and Pativ Unem – are boycotting the vote and haven’t nominated their candidates.